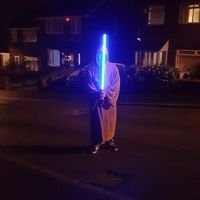 I wish they would list them so we could buy what we think we might need.  At the moment it’s guesswork.