For anyone who wants to get out on Thursday evening, we have the

Around 7.30pm Everyone welcome, kit or not?

An event update, Newark has been cancelled until 2022, but Stoneleigh is on the 28th - 29th of August.

A bit of a late call but we suddenly found a nice day when our core members are available.   So we are going to visit Sywell Aviation Museum this Wednesday (16th).   Anyone who fancies joining us is welcome, 1200 pm, bring a packed lunch and a chair

It appears there is a bike meet each Wednesday at the Gate Hangs Well so I have decided to move the venue for this month to The Waterside Inn https://www.watersidemountsorrel.co.uk/

Hopefully we will get in, I will be there after 7.00pm. All members and anyone interested welcome. Weather looks good so get your roofs of and enjoy the evening. Looking forward to a catch up. Cheers Kerry

I have found a campsite which should suit all our needs. https://belvoirestateholidays.com/camping/
we are booking on for 13/8/2021 for 3 nights on a grass pitch. There is a nice pub onsite along side the Canal, with views of Belvoir Casle should anyone want to visit. If you follow the link to book a pitch. I will arrange a run-out to either https://www.lincsaviation.co.uk/ or https://www.bubblecarmuseum.co.uk/ 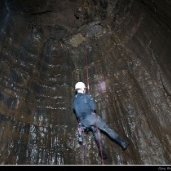 I have this vision of doing a kit car weekend here at the hotel and golf club I work at. The idea would be for people bring their cars, show them and generally have a good time. We have loads of space for showing and I have an idea in my mind of using one of our entrance roads for potential timed ‘high speed’ runs, the road isn’t overly long but enough to have some fun doing timed Point to Point. The idea would also be to advertise to the public and to get a turn out of a few hundred people over the weekend. Several of our Golf Club members have supercars and similar and are showing an interest in getting behind this idea.

Do you think this may be something our local members may be interested in attending? We are based in Owston, Doncaster, DN5 0LP. 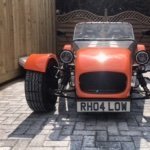 People going to Kit Fest is everyone camping and booking pit side parking?

Hi to all North Eastern members our extra meeting will be starting again on Thursday 10th June 2021.

At the Old Farmhouse, Yarm Road,Darlington. DL12 1JZ. This is the Airport road from the Morrison's roundabout.

Picked up a flyer for this event which ISN'T the Coventry Motorfest but a smaller one day event held at Coombe Abbey Country Park near Coventry, CV3 2AB. It's a car show with an organised run out (not that ours aren't organised), and it's pre-registration only. All in aid of local charities.

Full details can be found at http://www.leofriclions.org.uk/www/index.html#/event/car

Any update on the Tamworth camping weekend. Is this still on?

Portal by DevFuse · Based on IP.Board Portal by IPS
×
×